Why C Is The Preferred Language For Embedded Systems 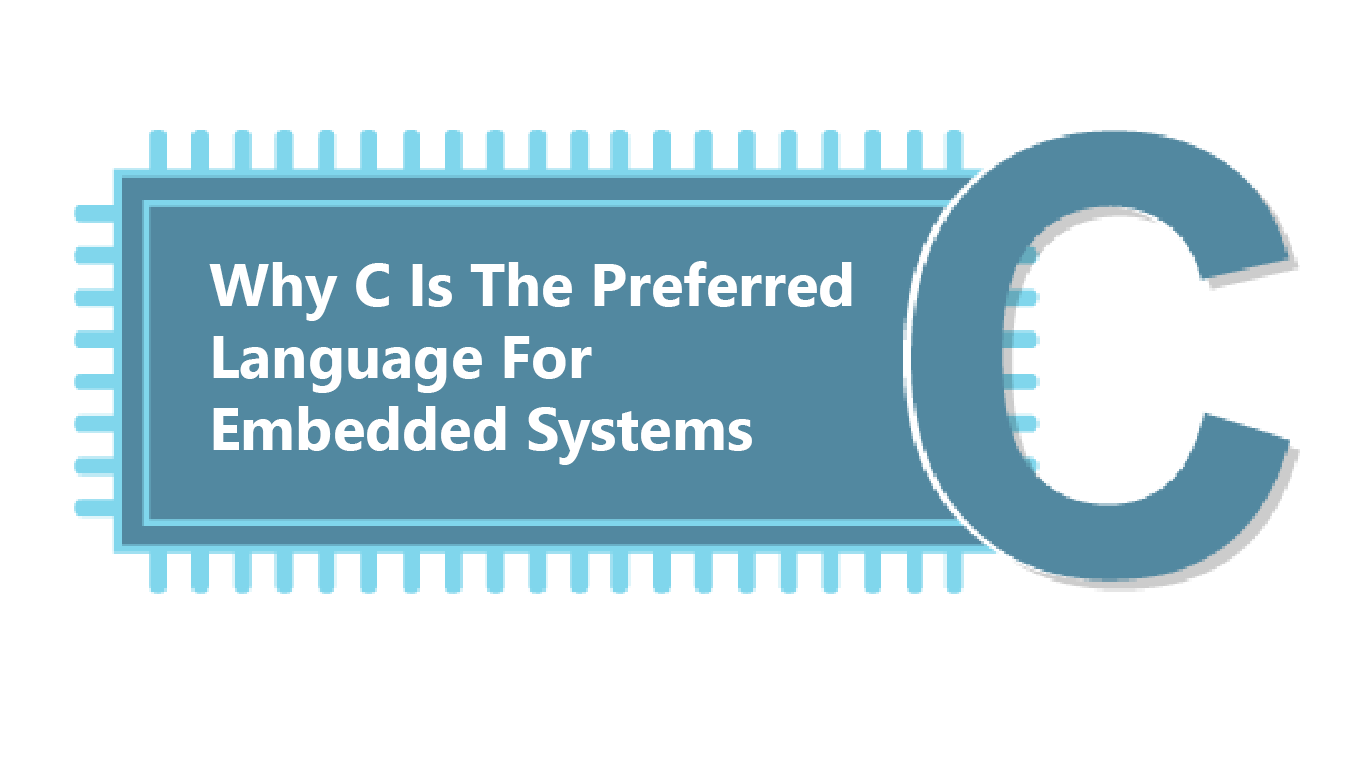 Why C Is The Preferred Language For Embedded Systems

Hello Friends,
I believe you wonder why C language is the preferred language for the embedded system, so here is the step by step analysis for you.

Now it was a time of 1969-70 when Dennis Ritchie and Ken Thompson we working in Bell labs. Ken was having a lot of ideas to improve paging, segmentation, process switch, etc. but to develop all those he was having the option to either improve the compiler of FORTON and make it strong or develop from the beginning. Both of then choose later option and started with some basic language available at that time.

Within 2 years of core working UNIX took a shape and the language C come into existence. The good part is C language is its compiler is written into a similar language like C, which is an amazing feature of C language.

Importance Of C in Embedded System

Normally microcontroller is coming in the smaller size, they are having a memory as low as 128 bytes. Inbuilt memory varies based on controller to controller. So the programming language should be such that which generates optimized code and occupied less memory footprint.
After C99 standard introduces, many optimization techniques and keywords are included in C language. The word “volatile” is directly dedicated to optimization.
Now a day new compiler is having the capability to generate so optimized code that even manually writing may not be possible.

Since the varying range of the controller, there is a possibility that for many small applications we may have less computational power. In C language has the capability to generate optimized code so that it consumes less power. Although the power required directly depends upon microcontroller internal architecture.

Embedded application run for infinite time in the program, so code written into it should be thoroughly tested and validate so that it will work for life long. Thanks to the debugging environment available in C language, we can run the application in the acceleration mode and validate the application into debug mode to predict the lifelong behavior.

Since the embedded device is normally produced in term of million, so the language should support for automation and real-time support so that calibration, production testing, sales is possible easily. Even sometimes we also need to update firmware OTA – over the air.

So C language is supporting all possible ways in the embedded system.

C language syntax is easy to understand and it medium-level language. It is having the capability to interact with high-level languages like JAVA and C# and at the same time, C language is having the capability to interact with low-level Assembly language. Since C language is a procedure-oriented language, it helps to write modular code, which is highly readable. Embedded application code is written once then the main task is to maintain them throughout the product life, fix the bug, control version, testing, and validation. For all the above points we need to have code should be readable.

In the embedded system we need to write the code in one controller and release the product. Now suppose the controller used in obsolete and no more available for production. In this case, we need to move our source code to the new microcontroller, if the language is not supporting portability then we may need to start product development again. C language is highly capable to have portable code. Even more than 90% (on an average) code is capable to have portable and can be directly used into another controller, the available cross compiler takes care of many interoperable issues and as user prospect porting from one controller to other is not a very difficult task.

C language is easy to learn, it is having English like a keyword that is more relevant to the use case. Like keyword if, while, switch case, address, etc. all these keywords and similarly used in the English language also with almost similar use. Since C language is module language, once the student understands how to use the individual component then it will be very easy to use that module anywhere in programming. For example, once the student understands how to use, for loop in C language then it will be used as it is many places during programming.

There are many source control software and website are available that help to maintain source code, the main CVS, PVCS, Git-hub, etc. In the C language also there are many compile-time directives that help to maintain the source code version. The main compile-time keywords are #if, #else, #elif, #endif, #define etc. Using the above keyword, the user can do version control to make a good working code.

In the embedded system all most all the time we need to consider the following points during development.

We should able to write code which will work on all processor.

The code should be easy to portable from one microcontroller to another.

Usably in the embedded system, we are using bits and IO operation very frequently. Language should support this.

C is having many library functions available which can be used during application/system development.

Now being many years giving embedded systems training in Bangalore, At Professional Training Institute, We had come to ways across that C language is one of the most preferred languages in the embedded system. No language can replace C in the coming 20-30 years. It is having many bright career scope in the coming future. As many companies are coming for recruitment to us and asking for proficiency in C language only. Even during the embedded system training course, We focus mainly on C language gives the student to learn the C language up to 3 months. So let’s gear up and make your career into an embedded system, for that you must have an expert level of understanding in C level.

Best wishes for the coming future…